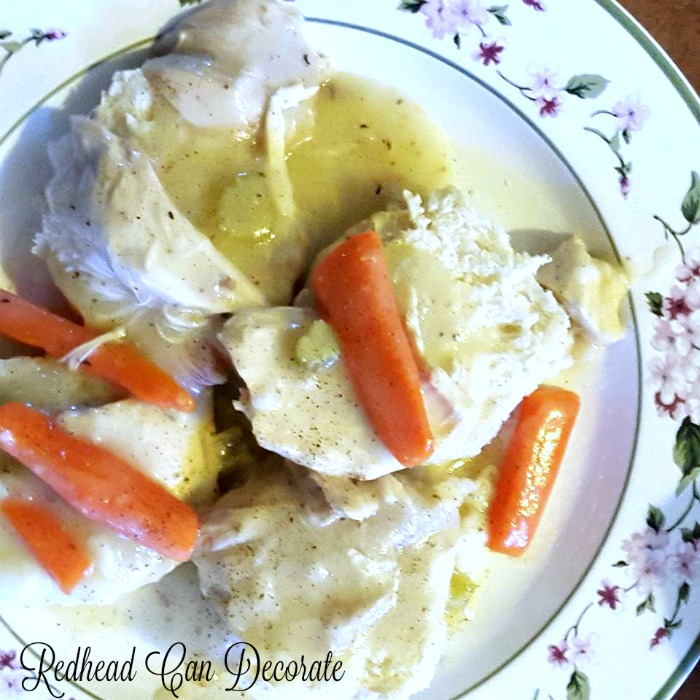 It’s very comforting, and I’m not just talking about the food.  It’s also the way he “sets the table” for the adults and the “little” table for our girls.  Their kitchen is really tiny so we have to split up.  The girls get to eat their chicken & biscuits on the coffee table while sitting on the floor, and they seem to really enjoy that.

So, why post about my “Chicken & Crostini” and not my Dad’s “Chicken & Biscuits”? 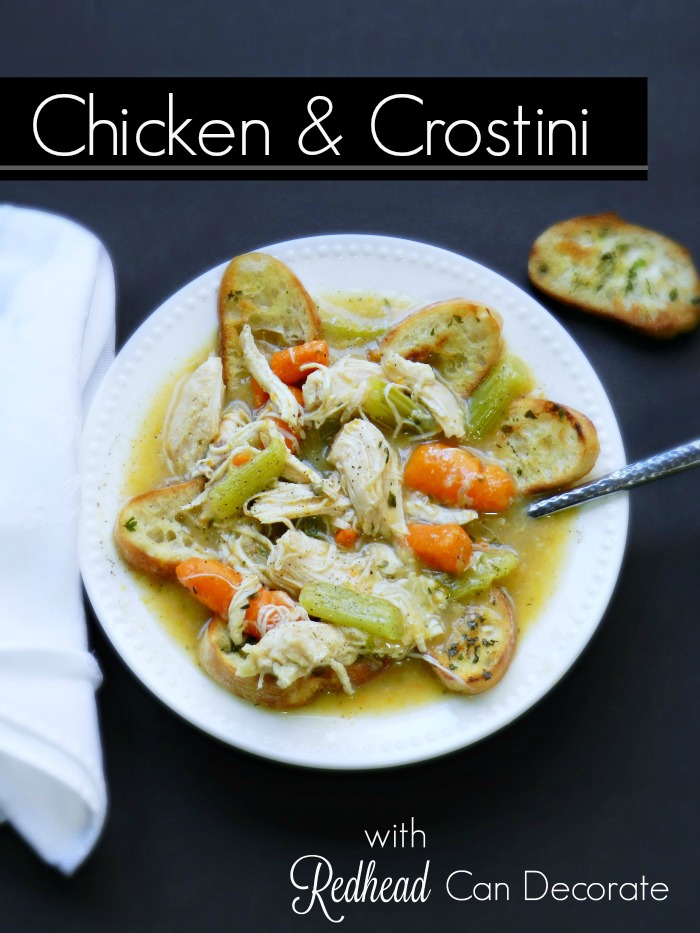 Well, when I asked my Dad (who will be 82 this year) for his recipe, this is what he wrote down:

My Dad has never been one for recipes.  It’s just the way he is.

So…for years I have followed his brief instructions without a recipe and I have to admit…I can make some pretty good Chicken & Biscuits just by using his “recipe” outline above.

However…being the modern chick that I am, I like to switch things up.  You know…go against the grain so to speak.  That’s why I decided to try “Chicken & Crostini’s” instead.

The only difference between my chicken & biscuits and my “Chicken & Crostini” is that I substitute crostini for biscuits.  That’s it! (Oh, and you need to serve it with a fork and steak knife.) 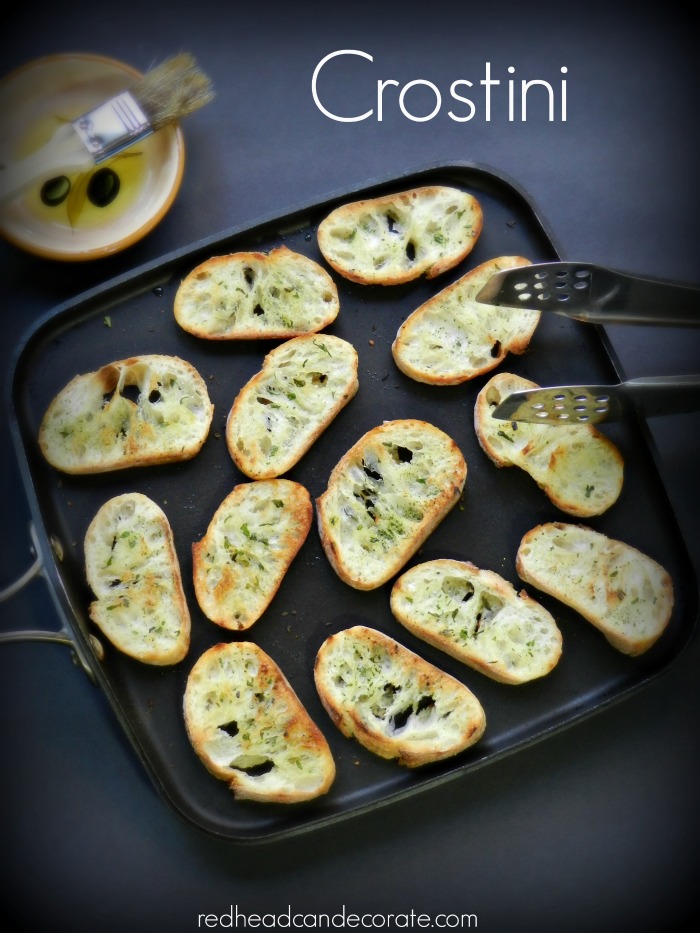 Below you’ll find my recipe for “Chicken & Crostini” but if you want biscuits instead, that is fine, too.  FYI-I usually make my biscuits with reduced fat Bisquick and the simple recipe is on the box.

Either way you make it, I know you will feel the pure comfort of home cooking that we all feel when my Dad makes his. Place fresh chicken breasts in large pot, and pour 10-12 cups of water over them so they are covered completely with water. I usually add a dash of kosher salt to the water for extra flavorful chicken.

Add the bay leaves and thyme to water.

While waiting for the chicken to come to a boil, prepare veggies and set them aside.

Remove chicken from pot carefully and place on a plate to cool.

Bring veggies to a simmer and allow to cook for 30 minutes.

When chicken has cooled enough, remove skin and take chicken off the bone in big chunks. Place all of the chicken in the pot while the veggies finish cooking.

When veggies are fork tender, prepare a very hot cup of water.

Place 5 tablespoons of flour in hot water and mix well until all chunks are dissolved (my Dad always shook his in a sealed container).

Pour flour mixture into pot and allow everything to come back up to a boil.

After the broth has thickened a little, turn it down to low and try it.

If you need more salt, add it in now.

Serve over *crostini or your favorite biscuit.

Heat up a non-stick skillet to medium heat.

Place as many slices of bread onto the skillet that will fit flat.

Brush olive oil all over slices, and turn over with hands before they get too hot.

Brush olive oil over the top side.

Sprinkle a little garlic salt and a little parsley on that top side of each one.

Watch the bottom side, and turn over after a nice brown crust develops.

Develop that brown crust on both sides and use tongs to place crostini on a plate to cool.

Serve under the chicken or on the side for dipping.

If you chill the chicken mixture, you will need to skim off the fat that develops on the surface,

You may also enjoy: 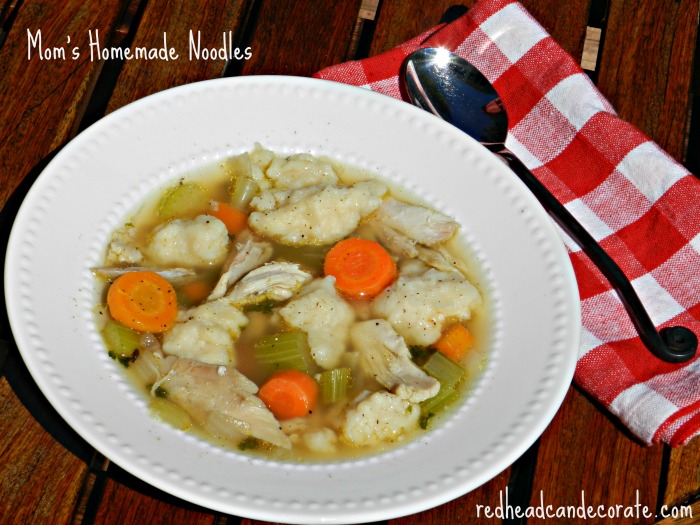