First…the story.  Then the food.

I’m from Western NY.  My husband, Rick, and I, met there and moved to Michigan in 1992 after we graduated from Buffalo State College.

My husband is from Herkimer, NY. which is located about 3 1/2 hours east of Buffalo and you travel there by way of the New York State Thruway.  The thruway runs all the way to NYC if you keep going. It’s a smooth ride unless it’s Winter and you hit lake effect snow. 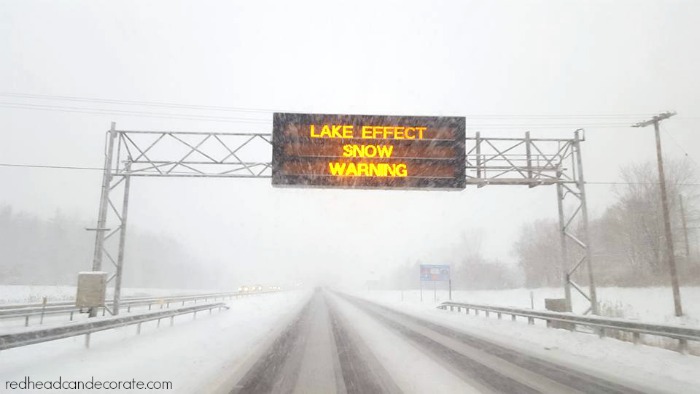 So, back to the Chicken Riggie story.

While Rick and I were falling in love at school, he invited me home to Herkimer.

Oh, it was one of the best times of my life meeting Rick’s family and falling in love with all of them.  They treated me so sweetly and we made wonderful memories at his grandparent’s house.  He eventually asked me to marry him upstairs in their house.  Maybe I’ll tell you more about that another day, but for now I have to stay focused on this pasta. 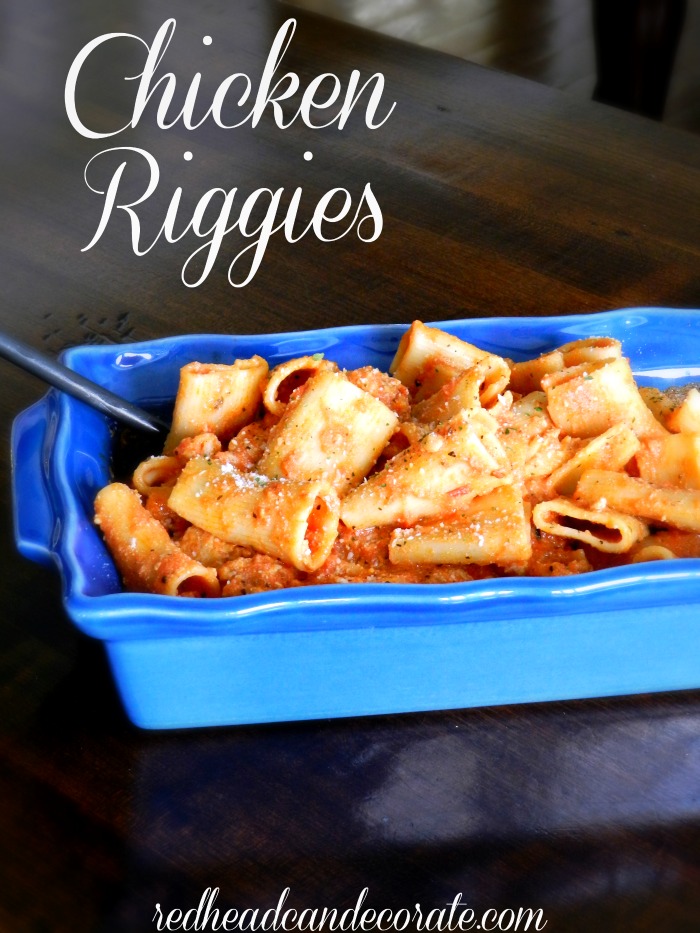 The food in NY is by far the best food I’ve ever eaten in my 46 years.  From Western New York, to NYC…you just can’t get food like it.  Especially Italian food.  Now “Chicken Riggies” came into my life shortly after we met because they happen to be a staple at most central New York functions.  Rick’s brother made them for me first, then his sister, then there’s the wedding, baptism, reunion, anniversary party, birthday, fund raiser, and even a funeral.

Okay, maybe I’m exaggerating a little because I’m not actually sure if they were offered at all of these events, but trust me…they should have been.

After traveling to NY recently, I decided to make Chicken Riggies, but I had one problem.  My husband is on a very strict diet due to high cholesterol-a trait he has inherited even though he’s very slim and doesn’t eat horribly.  I’m very happy to report, that his last test results were excellent and his intense exercising & healthy eating habits are paying off.  On that note…I needed to come up with my own healthy version of “Chicken Riggies” because the original recipe calls for 1 stick of butter.

My Chicken Riggie’s were a huge hit with my family and in fact I’m making them again tonight because I’m craving them after editing those photos.  Give them a try and and then put your fingers together and blow a kiss to New York. *Cook rigatoni in salted water until al dente to add in later.

In large skillet add olive oil and set on medium.

Cook chicken until no longer pink and break apart with spoon while cooking.

When chicken is done, add peppers, sauce, wine, and cheese.

Mix well and simmer for 5 minutes.

*Add rigatoni to mixture and combine.

Serve with parmesan cheese sprinkled on top and a salad on the side!

Chicken Riggies is originally from Utica, NY.  I read the original story here.  In fact, you can find the original recipe there, too! 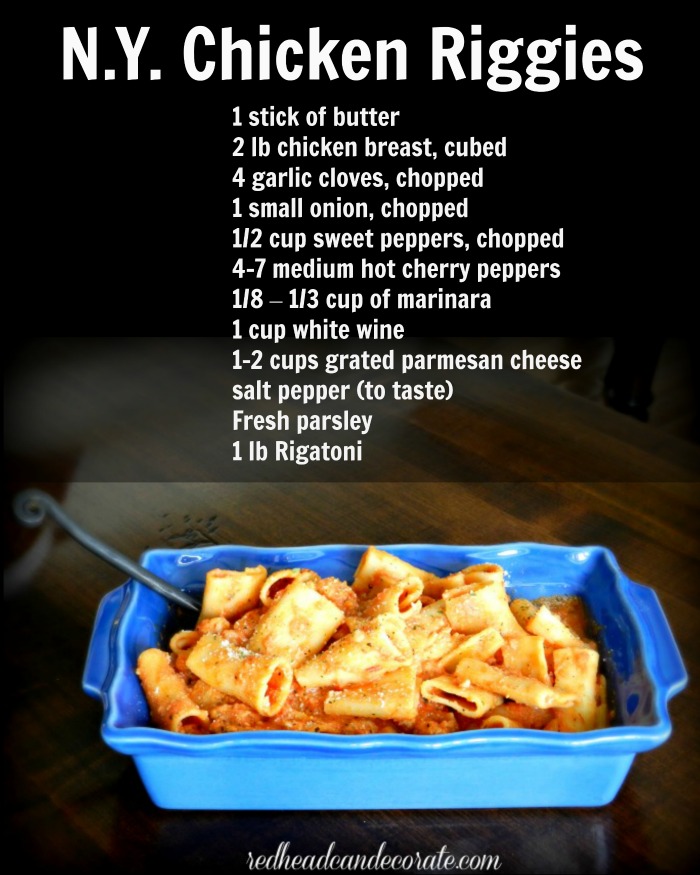