Good morning to all of you lovely friends.

I was supposed to share a yummy potato salad today.

My heart is not in it, so that will have to wait.

I am so thankful for you every day, but especially today. 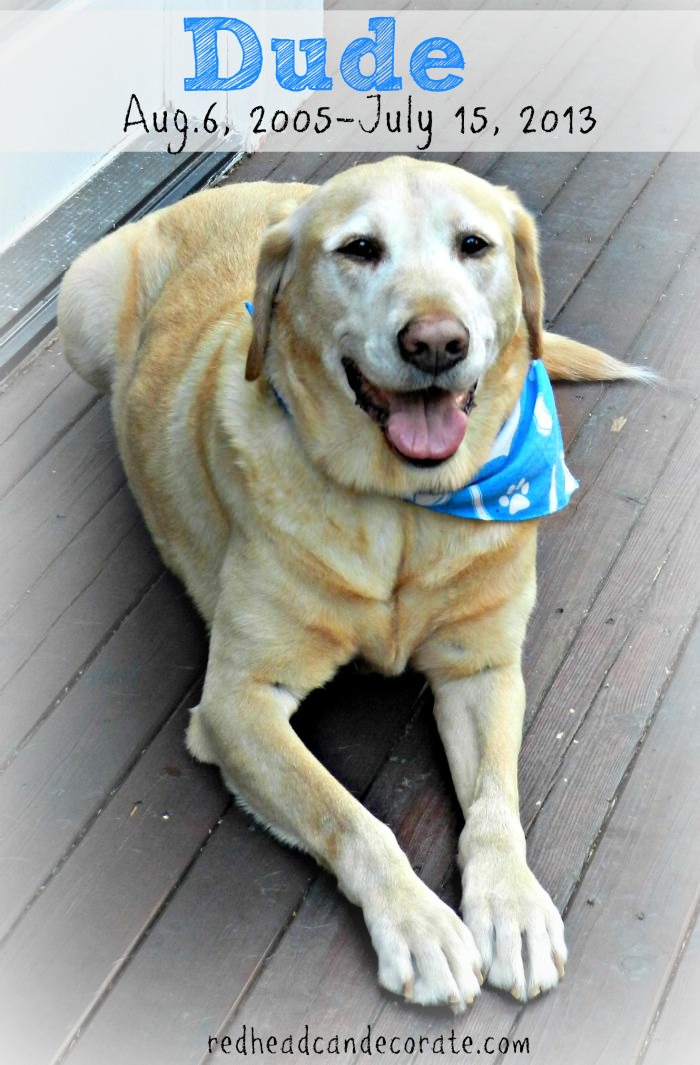 In March of 2009 our family began discussing locating a dog to rescue.  My husband searched on the internet for a couple days and came across a labrador retriever and showed me his picture.  I immediately thought he was cute, but to be honest, I didn’t know a lab from a poodle.  Okay, maybe I wasn’t that ignorant on the subject, but I never had a dog before.  I have always been a cat girl.  At the time, our cat, Trixie, was ill. We knew her time was approaching quickly.  I thought getting a dog would be great for our young girls and would be a nice addition to our family.

The morning came for us to go pick up our new dog from the Michigan Animal Rescue League.  On the way I was a little nervous, but I thought how much work can a dog be?  I stay at home, I can handle it.  I remember asking Rick, “Do dogs take naps?”  His response, “Are you kidding me?”  I was clueless.

When we arrived we were told to wait in a small room with four chairs.  They closed the door, and within a few minutes the barking began.  I thought, “That can’t be our dog, no way!”  I looked at the girls who were only 7 and 10 at the time.  Their eyes full of excitement.  The door opened.  He galloped in and seemed like the biggest dog I had ever seen.  I nearly passed out with the rush of fear that came over me.  How the heck will I be able to handle this gigantic dog that sat before us.  I knew I had no choice, but to grin and bear it.  There was no way I could disappoint the girls, or Rick, now.

The lovely folks at MARL explained his history.  He was born on August 6, 2005 which just happens to be our wedding anniversary (1994).  His name was “Gunner” (not for long) and his owner was a truck driver who recently divorced and couldn’t take care of him any longer. They gave us a leash and some food, and sent us on our way after asking me if I was okay.  I was offended when they asked, but apparently it was written all over my face…  “I’M TERRIFIED! HELP ME”

It was raining that day and I remember my hubby carrying him to the car (he weighed 100 lbs-not Rick, the dog silly).  We went to Petco and bought his bed and supplies.  At the time I was still in doggie shock trying to ignore the doggie corn chip smell in the car, and control him in the store.  I kept my mouth shut and continued on like nothing was wrong.  He was extremely rambunctious and very difficult to control.  We later realized that Dude had severe separation anxiety and this caused him to act in this manner.  We also think he may have been abused because of the way he would flinch when we went towards his head.

Time passed and we learned as a family how to take care of Dude.  We learned what he needed and when he needed it.  We came up with a schedule and it really seemed to help him feel more at ease.  He became part of the family.  From his excitement when his “Pop” would come home from work, to his funny noises after he had been given a treat, we fell in love with Dude.  Yes, even cat girl.

Here we are 4 years later.  He was taken so suddenly and unexpectedly it’s impossible to grasp.  I was in the middle of slicing into what would have been his apple.  Before I could finish, he was gone.  I will never slice an apple again, and not think of Dude.  He was swooped into doggie heaven as fast as he slipped into our lives that rainy Saturday.  It was his time with out any warning.

When we buried him in the back yard we gave him the apple I was slicing.  If only I would have sliced it 1 minute earlier he could have had his last apple core.

There’s a plan.  We don’t always know what that plan is, so it hurts when our plan doesn’t go accordingly.  There’s no doubt in my mind that one day there will be a big apple tree where Dude rests.  An apple tree full of strength, sweetness, and beauty.  Just like our Dude.

I’m sorry I complained about all of your shedding.  I’m sorry I yelled at you for eating Val’s muffin.  I’m sorry I didn’t take you for a walk this week because it was so hot.  I’m sorry I didn’t give you the apple sooner.  Thank you for protecting the girls and I when Pop was away on business.  Thank you for making us laugh when you would make your funny sounds.  I loved your smile when we would light a fire, or how you would lay in the middle of the floor when we had a party.  I loved how you got excited when I would put my sneakers on, and even your jog that seemed to be a little sideways.  You taught us tons, but most of all you taught me how to love a dog.  You will always be in my heart.  I love you Dude!  ~ Julie 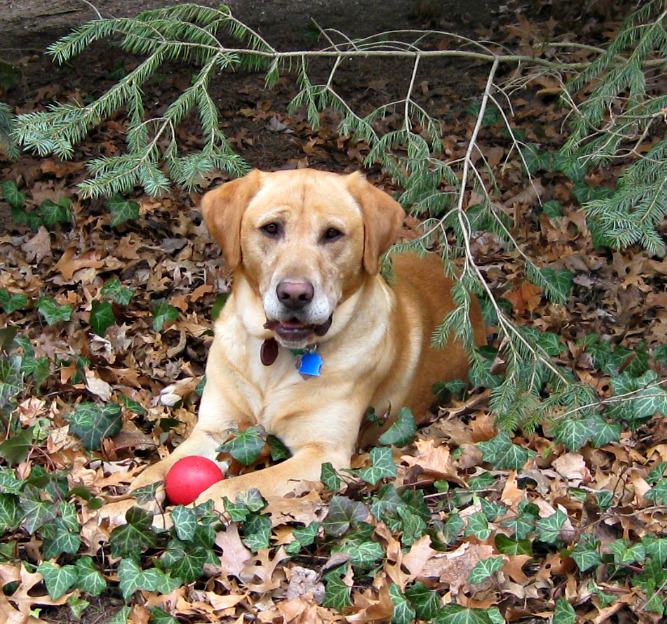